Skip to content
An in-depth look at errors in baseball 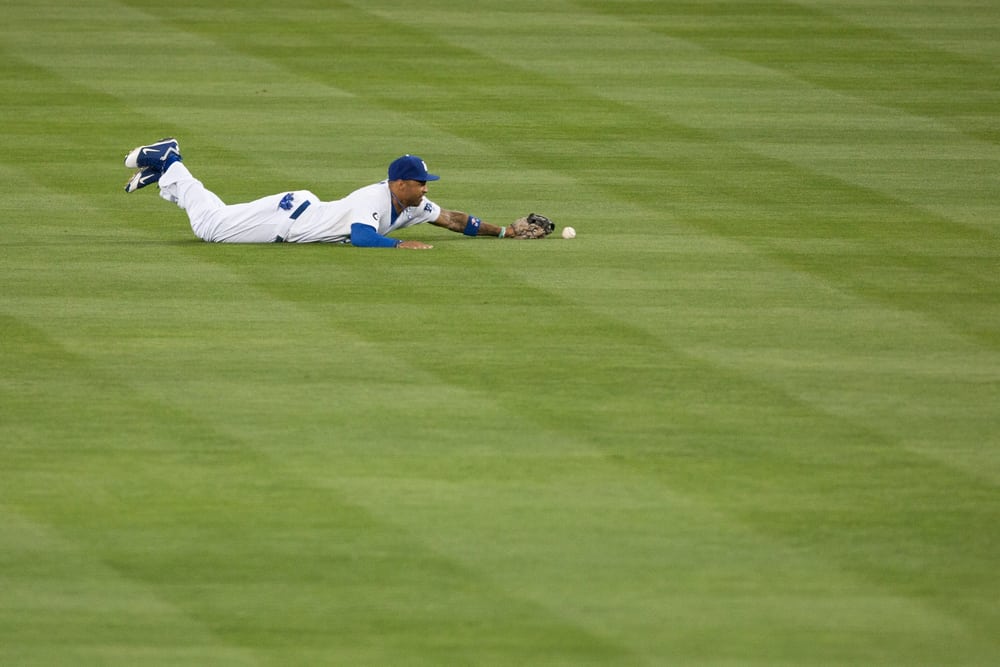 An error in baseball is a statistic assigned to defensive players when they make a mistake with a ball hit in play that benefits the opposing team. Once the play has concluded, someone known as an official scorer makes a judgment on the play whether the fielder’s mistake should or should not have happened. Those decisions are based on the performance of the average fielder.

An example of an error is when a fielder fails to catch a routine fly ball, does not pick up an easy ground ball, or they drop the ball trying to tag an opposing player. They could also throw the ball and miss their teammate. If the opposing team benefits by scoring a run or advancing on the base paths, then that is an error too. Often, the official call of an error by the scorers is accepted without disagreement.

One famous example of an error committed in a critical game was a throwing error committed in game 7 of the 2001 World Series. With the Yankees leading by one run in the bottom of the 9th inning, the Diamondbacks batter who represented the winning run bunted the ball towards the pitcher. The pitcher fielded the ball cleanly, but when he threw the ball to his teammate to get a baserunner out, the ball was a wild throw that went into the outfield. This error allowed the runners to advance. A few batters later, the Diamondbacks tied the game and eventually won the World Series. Here is a video of the play:

An unforced error is when a fielder makes a mistake that should not have happened, and with no outside influence. The actual tracking of unforced errors does not happen in baseball like it does in tennis or other sports.

An example of this on offense is when a ball is hit into play, and a baserunner forgets to run to the next base or forgets to step on a base and gets called out. In basic terms, an unforced error is a mistake made by a player that does not get counted on the scoreboard, but most often has a negative impact on the game for their team either by causing an out or affecting the score.

Why do errors occur in baseball games?

Errors occur in baseball games like in all other sports. In baseball, fielders must cover thousands of square feet of playing space on the field. Additionally, hitters often hit a baseball into the field of play at speeds well over 100mph. With those two factors along with the weather, lights, and potentially uneven playing surfaces, the chance for errors in a baseball game can be high.

Which position makes the most errors?

How do errors affect other statistics?

Errors in baseball affect other statistics like a pitcher’s Earned Run Average (ERA) and a batter’s batting average, and the amount of hits they are given credit for.

Who decides if an error occurred?

An individual known as the official scorer has the final say whether an error has occurred on a play. There is one official scorer assigned to every game. They are all highly trained, and some are even former professional players. Scorers in the professional leagues must apply for the role and pass stringent testing and evaluation to ensure that judgments they make are consistent with league expectations.

An official scorer can choose not to assign an error to a player if the situation allows. For example, if a ground ball is hit towards a fielder but hits something in the field of play that changes its path which causes the fielder to miss the ball, then that may not be an error. If the official scorer believes a play is so difficult that a regular fielder would not be able to make a play, then they can score it as a hit instead of an error.

Do Runs Count Against the Pitcher After an Error?

No, runs do not count against the pitcher after an error. See how errors affect other baseball statistics.

Is an Error Considered a Hit?

No, a hitter that reaches base safely because of an error committed by a fielder is not given credit for a hit. The assumption is that they would be out if the mistake hadn’t occurred.

Why is a Passed Ball Not an Error?

When it comes to the pitcher and the catcher, both positions can have errors assigned to them, but not during the actual pitching process. Because pitchers and catchers throw and catch the ball more than anyone else on the field, the chance for errors is significantly higher, so mistakes made on a pitch (such as a passed ball or a wild pitch) are not counted as official errors.

Can a Pitcher Make a Fielding Error?

Yes, a pitcher can make a fielding error. Pitchers do not get assigned errors during the process of a pitch, but if the ball is hit into play and is fielded by the pitcher, they are now considered a defensive player and are subject to the same standards as fielders. Whether it’s catching a fly ball, fielding a ground ball, or tagging an opposing player, if a pitcher fields a ball in play, but makes a mistake allowing the other team to advance, then an error is assigned to the pitcher.

Is a Balk Considered an Error?

No, a balk is not considered an error in baseball. While a balk is a mistake made by a pitcher, it falls under the category of an unforced error and is not officially scored as an error. There are several different kinds of balks, but if one happens, it is considered a dead ball and no errors are charged to pitcher or the team on the field.

Errors in baseball are quite common and often provide fans with some funny or heartbreaking moments depending on which team commits the error. However, whether it is a fielding error on a ground ball or fly ball, or a tagging error, it is a baseball statistic that has been tracked for over 100 years and will continue to be. Professional baseball players are the best in the world, but even the best sometimes make mistakes.