Skip to content
OBP is a critical statistic that measures how often a player reaches a base. 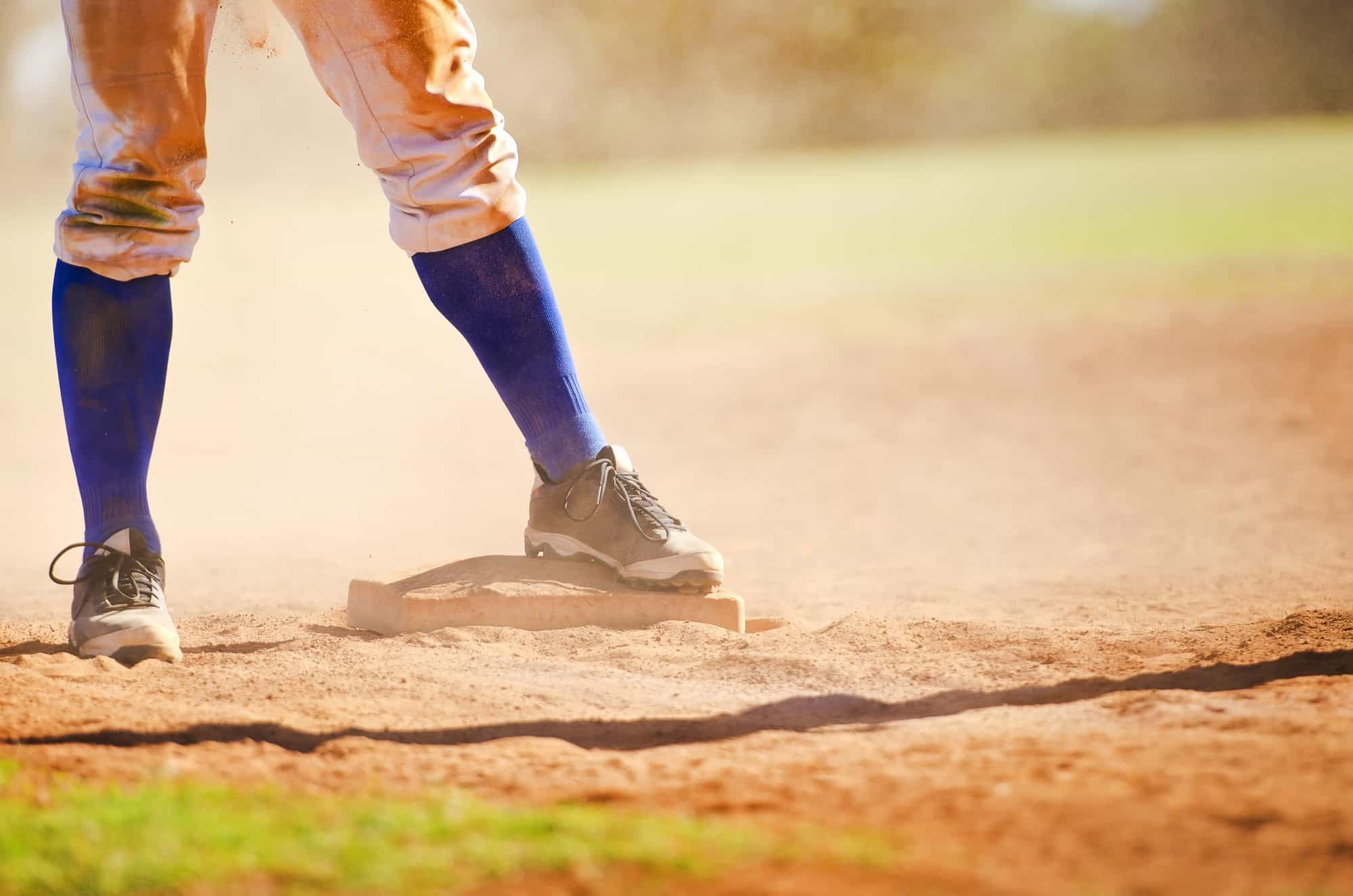 Coaches may prefer to use an OBP to determine how to design their batting order. Some players may not have a high batter’s average but may have a higher on-base percentage.

What does OBP include?

OBP includes many different ways that hitters can safely get on base. The stat includes hits, walks, and batters hit by pitch. An important thing to remember is that this statistic can show you how often a player reaches base safely (not as a result of an error) and not just how many times they get a hit. It also does not measure or differentiate extra-base hits from the statistic. It is a helpful measure to see which of your players are getting on base safely per plate appearance. This does not include times that the batter reaches base because of an error made by the defense (throwing errors or dropped third strikes for example).

How do you measure OBP?

To calculate OBP, the first thing that you need to do is collect the following statistics for each player you are trying to calculate: hits (h), walks (bb), hit by pitch (HBP), at-bats (ab), and sacrifice flies.

Using the data from the stats above, you take the sum of hits, walks, and hit by pitch and divide it by the sum of at-bats, walks, hit by pitch, and sacrifice flies. If you are a visual equation person, it looks like this:

Note that the equation does not take into account sacrifice flies or errors. The easy way to think about this is that plays where the batter reaches base safely, without error, will increase their OBP. If they get out or only reach base because of an error on the defense, then their OBP will go down.

Is OBP better than batting average?

This is a good question. The answer will depend on what you try to prove (or disprove) with the statistic. If you are trying to show which hitters are better and making contact with the ball and reaching base, then you will stick with the batting average. If you are looking to find players that can reach base safely – then you will probably use OBP.

Think of this another way. For the 1,2, 8, and 9 spots of your batting lineup, you are looking for players who get on base. It doesn’t matter as much how they get on base, but you want to have base runners in those spots. In those spots, you want players that have a higher OBP. The third batter in your lineup is generally your best hitter – because they are potentially in a spot to drive runners in. The 4,5, and 6 slots are also potential RBI machines. OBP may not be as necessary for those spots.

Batting average is a quick and easy statistic that has been used for decades. It does tell us a lot about a hitter, but the downside is that you can have a hitter who is in a “slump” but hitting the ball hard – just right at people. They could still be driving in runs during that time.  Meanwhile, if a player has a lower OBP, they are likely not scoring runs or creating opportunities for runs to be scored. Hitting is important, but if your team hits well and doesn’t score as well – it makes it more difficult for them to win ballgames.

What is a good OBP?

Keep in mind that on offense, a successful baseball player succeeds roughly 30% of the time at the plate – the best OBP is right around the .300/.320  mark.

How do you use OBP?

As mentioned above, OBP can be very helpful when you are trying to determine a lineup. If you are trying to figure out which hitters to place in the 1,2,7, 8, and 9 hitters, OBP would be a good statistic to use.

However, just like any other statistic, OBP will only tell one part of the picture. It all depends on what you are trying to achieve with the statistic. Using OBP in addition to batting average runs, and runs batted in can give you a more holistic view of a player.

One game, a season, or a career?

The number of at-bats you choose to use to measure OBP will have a tremendous impact on the stat. In short, the sample size for any stat matters, but let’s look at why it is important here.

For example, if you choose to use the snapshot of a single game, many variables could impact that number. If the pitcher that day has no control and walks some batters, your OBP could be skewed because of a high number of walks or HBP. Or if a hitter is dealing with an injury and has one bad game their OBP could be skewed negatively.

If you are looking at the OBP for a season, it could be dependent upon what role the hitter plays in the lineup. If they are the second or third hitters, perhaps they are simply putting the ball in play and driving in runs rather than getting on base. However, the sample size of a season is going to show both the highs and lows of a season rather than just the slumps or a hot streak.

If you are a coach looking to evaluate a player, this is a good stat to use over larger sample size. You are not going to get an effective measure of a player from an isolated game.

If you are looking at comparing players’ careers you will have an even larger sample size. The OBP would be a great stat to use to compare players who play the same position or are similar hitters.