Skip to content
What does it mean to be under or over the Mendoza Line? 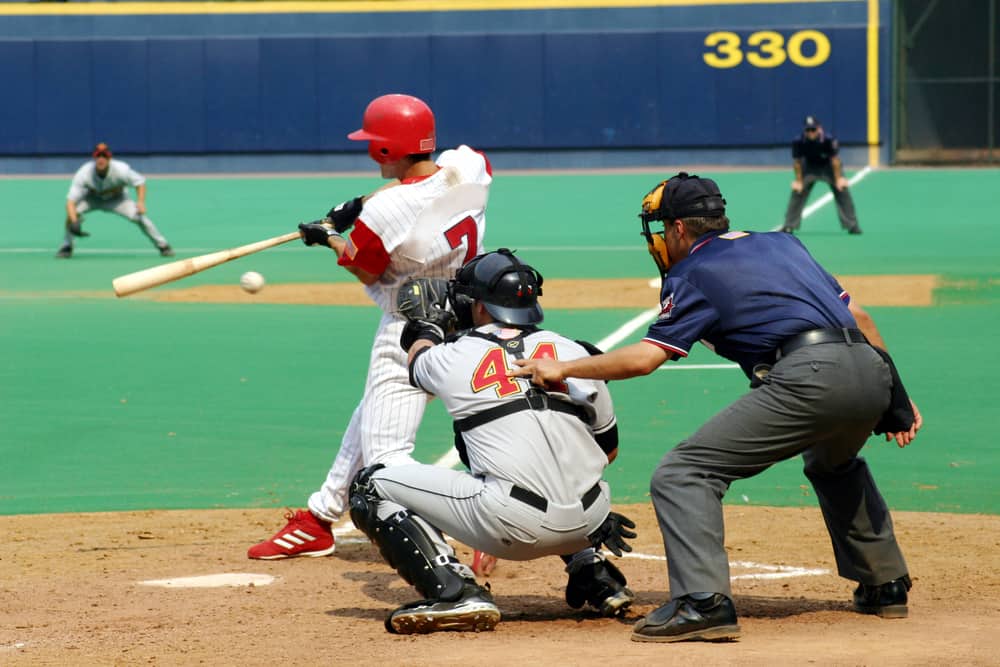 The Mendoza Line in baseball refers to a .200 batting average, considered by almost all standards to be well below average for a major league hitter. The name “Mendoza Line” was named after Mario Mendoza, who played shortstop for the Pittsburgh Pirates, the Seattle Mariners, and the Texas Rangers between 1974-1982.

The actual phrase was created in 1979 while Mendoza was with the Mariners. His teammates, Bruce Bochte and Tom Paciorek would tease Mendoza about his hitting struggles.

In almost every year of his career, Mendoza rarely finished a season with a batting average over .200. In fact, in five of his nine major league seasons, Mendoza failed to finish the season with an average of .200 or above.

Why is this stat called the mendoza line?

The stat is called the Mendoza Line to determine who is a below-average hitter. Mendoza was not a bad player by any means. However, he struggled as a hitter; thus, a .200 batting average mark was named after him.

The name found mainstream attention when Kansas City Royals Hall of Famer George Brett said in an interview, “The first thing I look for in the Sunday papers is who is below the Mendoza line.” After that, the phrase became a part of popular baseball culture.

It was Hall of Famer George Brett who made jokes about the Mendoza Line, but also said in the same interview that Mario Mendoza was an outstanding defensive player who robbed him of sure base hits on several occasions.

Origin story of the mendoza line

The origin story of the Mendoza Line traces back to 1979 in Seattle. At the time, the Seattle Mariners were a brand-new expansion team that started in 1977. They were not very competitive and were known as a loose group with a lot of joking going on.

Mario Mendoza played shortstop for the Mariners in 1979 along with first baseman Bruce Bochte, credited for inventing the phrase. Bochte and teammate Tom Paciorek teased Mendoza about his batting average because he often struggled to maintain or achieve a .200 average.

Why is the mendoza line an important benchmark?

The Mendoza Line is an important benchmark because players who fall below a .200 average are likely to either be sent back to the minor leagues or be entirely cut from the team. In the 1970s, baseball was a different style of game, and below-average hitters who offered other skills would remain on a team.

That is not true in baseball today. If a player struggles the entire season to reach a .200 average, they will likely be benched.

Who was Mario Mendoza?

Mario Mendoza was a professional baseball player from 1974-1982. Mendoza played shortstop for the Pirates, Mariners, and Rangers before leaving the major leagues and returning to Mexico.

Mario Mendoza was born in Mexico and was an exceptional young player who played for the Mexico City Red Devils in the early 1970s. He was so talented that a scout from the Pittsburgh Pirates signed him right away and brought him to the US. He finished his major league career with a .215 batting average.

Despite the hitting struggles, Mendoza’s career had highlights. As a rookie in 1974, Mendoza started in Game 3 of the 1974 NLCS and went 1 for 3 with an RBI which is by all accounts a very solid performance.

After his 9-year career in MLB, he eventually returned to Mexico as a player/coach. He held other coaching positions in Mexico and the minor leagues until Mendoza was elected to the Mexican Baseball Hall of Fame in 2000.

Use of the mendoza line outside of baseball

The phrase “Mendoza Line” is also used in the financial sector whenever the number 2% is involved. For example, if a stock is up by 1.9%, then financial experts will use baseball lingo and say that the stock is approaching the Mendoza line.

Is Mario Mendoza in the hall of fame?

Who did Mario Mendoza play for?

Later as a coach, Mendoza coached in the minor leagues for the Los Angeles Angels, San Diego Padres, and San Francisco Giants.

Was Mario Mendoza a good fielder?

According to his peers, yes, Mario Mendoza was an excellent fielder. Aside from his hitting troubles, he did earn the nickname “Silk Hands” because of his superb fielding. One of Mendoza’s best claims to fame is taking away hits from the very man who made fun of him in interviews.

In 1980, George Brett was chasing a milestone batting average of .400 which is extremely rare. Towards the end of the season, Brett was playing against Mendoza and the Mariners, and Brett had three base hits robbed by Mendoza. Brett would go on to finish the season with a .390 average.

While Mario Mendoza is most well-known for his struggles as a hitter, it is agreed by all that he was an excellent defensive player who helped his team win games with his exceptional play at shortstop. It is highly unlikely in today’s game that someone who struggles with hitting that much would stay in the major leagues for nine seasons, but baseball in the 1970s was a much different game.

Despite the hitting struggles, Mendoza’s career had highlights. As a rookie in 1974, Mendoza started in Game 3 of the 1974 NLCS and went 1 for 3 with an RBI which is by all accounts a very solid performance.