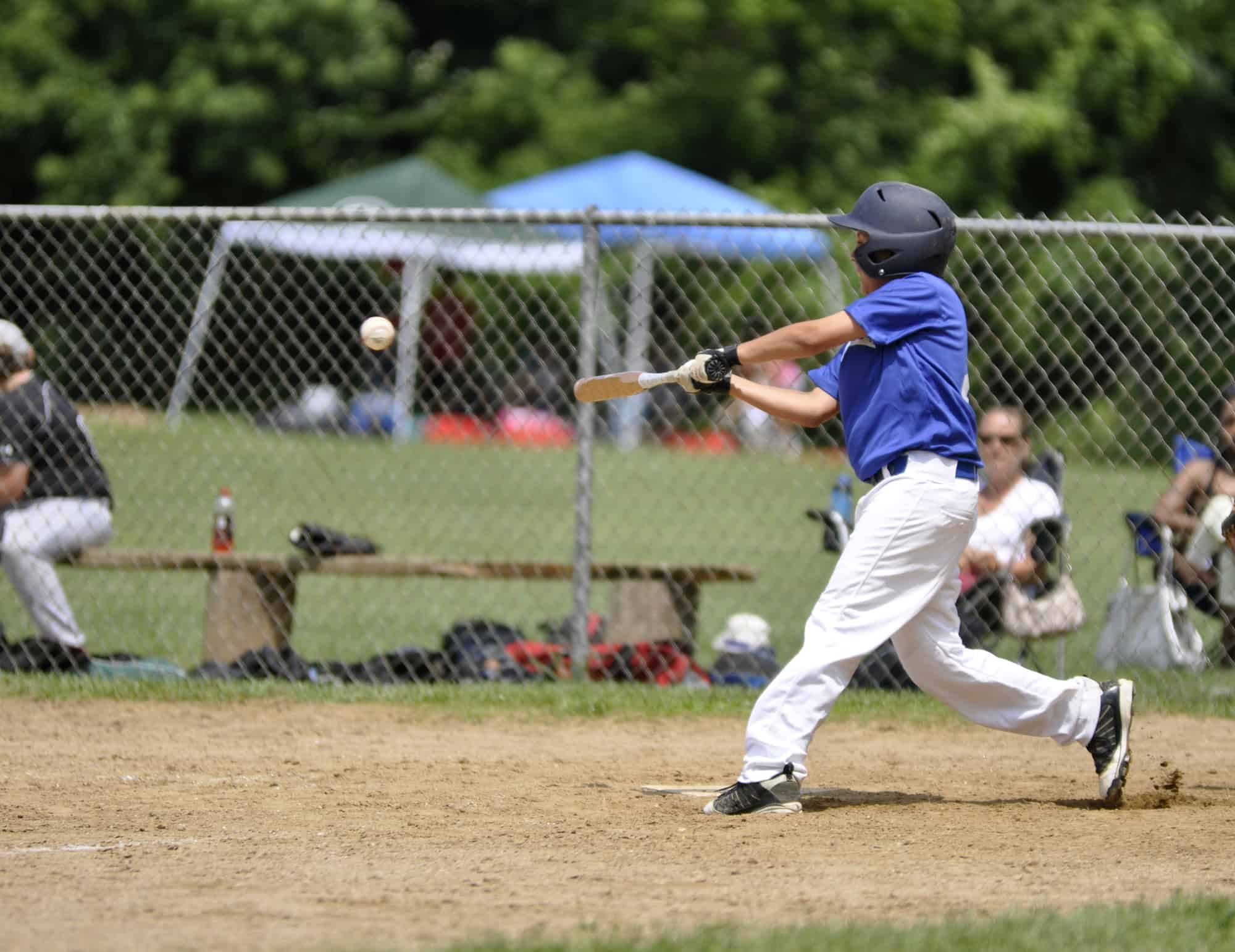 Have you ever wondered why Little League uses aluminum bats? You’re not alone! Many people are curious about the reasoning behind this choice. In this blog post, we’ll take a closer look at the benefits of using aluminum bats in Little League and why they’ve become the standard. Stay tuned to learn more!

A noticeable difference between attending a professional baseball game and a youth baseball game is the wooden cracks of the pros’ bat-to-ball contact and the high-pitched pings of Little League swings when they connect successfully.

So how come Little League uses aluminum bats when the adult players that little leaguers look up to use wood?

Overall, aluminum bats tend to be lighter, which offers more control for a younger player like the one playing in Little League. He or she can more easily deliver the barrel to the place he or she wants it to go and generate more overall bat speed.

Aluminum bats have larger effective hitting areas meaning a ball that is struck off the sweet spot of the barrel of a metal bat can still result in solid contact with high exit velocity.

Lastly, aluminum bats are more easily standardized given their construction, which means there is less risk of players having different quality levels of equipment.

One of the primary reasons that Little League uses aluminum bats is their lighter weight. The USA Baseball standard for bats, USABat, allows for bats to be ten ounces lighter than they are long. This means that a 33-inch bat can be 23 ounces in weight. This differential in length versus weight allows a youth baseball player to have more control over where the bat’s barrel goes.

Aluminum bats tend to have bigger barrels than their wooden counterparts, which means that the bat’s sweet spot can often seem larger than it is. A batted ball just off of the sweet spot will travel much faster off an aluminum bat than a wood bat. Therefore, aluminum bats’ bigger barrels allow for more surface area to strike the ball with. Contact does not have to be as precise to achieve batted ball exit velocities with a high percentage of turning into hits.

Another reason that aluminum bats are used in Little League because they are significantly less expensive than wood bats in both the short and long run. You can see examples of this in our list of Little League bats. Metal bats might have higher selling prices than wood bats, but wood bats often break much more quickly.

Barring some defect that would be covered under a manufacturer warranty, an aluminum bat will last at least a year, if not several, before it goes dead.

Related: How to Tell if a Baseball Bat is Dead

Conversely, a ball hitting a wooden bat near the grip or at the very end of the barrel could result in breakage even if it’s only the first time that bat has been swung.

Another reason aluminum bats are used in Little League over wood bats is safety. Wood bats tend to break and sometimes splinter into several pieces, which are dangerous for opposing pitchers, infielders, and, occasionally, coaches or spectators. Aluminum is also a much more resilient material than wood, and it often takes much longer for an aluminum bat to break than a wood one.

Aluminum vs. Wood Bats – The Differences

Aluminum bats are lighter, easier to handle, and generate higher batted ball exit velocities than wood bats. Wood bats have more weight towards the barrel end of the bat, which makes the bat feel heavier and harder to control, while an aluminum bat with a balance point is closer to the grip is easier to swing. Balls hit with aluminum bats experience a “trampoline effect,” which increases the speed of the batted ball beyond how fast the batter has swung the bat. This means that an aluminum bat and a wooden bat swung simultaneously would have different batted ball exit velocities – the aluminum bat’s higher. Lastly, wood bats have a much greater tendency to break than aluminum bats. Aluminum bats last 1-2 years or longer, while a wooden’s bat’s lifespan can be as little as one swing if the ball is struck near the knob or on end.

The first-ever aluminum bat used in a Little League game was on July 15th, 1971, just outside of Pittsburgh. The player that used the bat hit four home runs and drove in twelve runs. What a start for aluminum bats! Unsurprisingly he used that bat for the rest of the Little League season.

Can You Use a Wood Bat in Little League?

Why are aluminum bats banned from MLB?

Aluminum bats are banned from Major League Baseball because the league was founded using wooden bats, and baseball is very serious about maintaining the integrity of the game as it was first played 150 years ago. Secondly, MLB players are uber-talented and swing even their wooden bats at very high bat speeds. These players would be able to swing aluminum bats even faster, which would generate higher exit velocities of batted balls and increase the danger to players and pitchers on the field and the fans in the stands.

When did the MLB stop using metal bats?

Major league baseball never allowed the use of metal bats.

Why does college baseball use aluminum bats?

The primary reason college baseball uses aluminum bats is to cut down on the cost of replacing wooden bats that break. While wood bats can break within one swing if the ball hits near the grip or at the end of the bat’s barrel, aluminum bats tend to last at least a year, especially if one player is only using them.

Are aluminum bats better than wood bats for little league players? The answer is a resounding “yes!” Aluminum bats offer several advantages over their wooden counterparts. They are more durable and can withstand more wear and tear, they perform better in terms of distance and speed, and they are easier for young players to handle. If you’re looking for the best bat for your little leaguer, be sure to check out our selection of aluminum baseball bats.