Skip to content
The term BB, or Base on Balls, is used to describe a walk 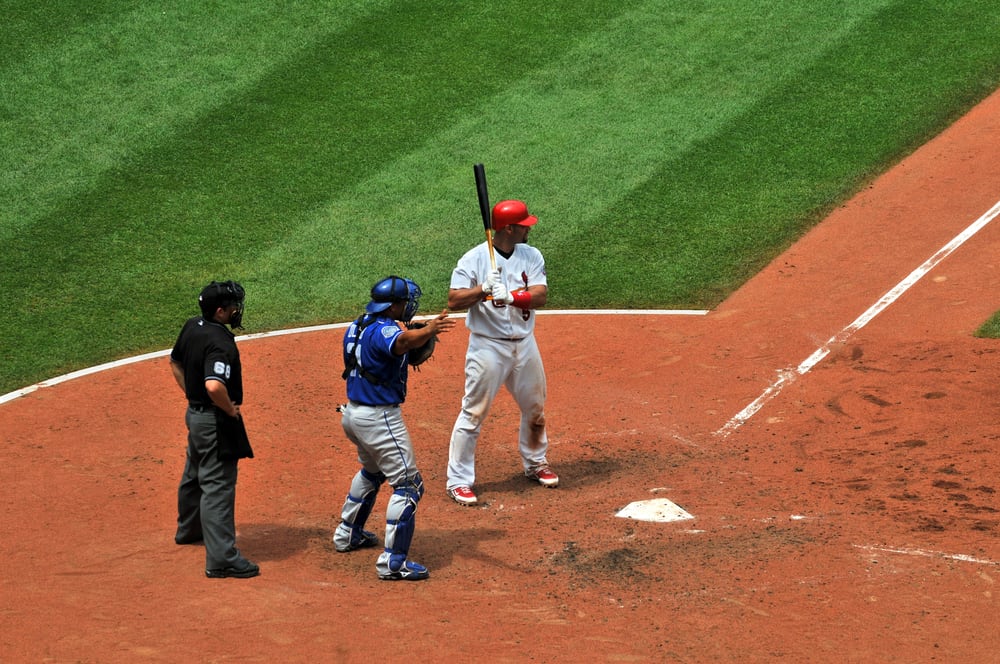 Have you ever been watching a baseball game and heard someone say “BB?” Chances are, they were talking about a base on balls. Baseball is filled with all sorts of jargon, and unless you’re familiar with the terminology, it can be tough to follow along. In this post, we’ll break down what BB means in baseball. So whether you’re a beginner or a seasoned fan, read on for a crash course in baseball lingo!

What Does “BB” Stand For?

The term “BB” is an abbreviated way of saying Base on Balls. When a batter faces a pitcher, there are three possible outcomes. You can have a base hit, a strikeout, or a walk.

Balls and strikes are decided and announced by the umpire behind home plate. The strike zone is usually the distance across the plate and ranges from the batter’s stomach to his kneecaps. The umpire immediately calls out ball or strike after a pitch is thrown.

Why is “BB” Also Called a Walk?

The reason “BB” is called a walk is due to the batter being walked by the pitcher. “BB” stands for Base on Balls. After being thrown four balls by the pitcher, the batter earns himself a Base on Balls (BB) and is now a baserunner on 1st base. A walk is a slang term for Base on Balls, but in the official stats sheet, all walks are recorded as a BB. There are many abbreviations used in baseball for all sorts of terms. “BB” is one of the more popular abbreviations.

Walks can be an extremely important part of baseball. By walking a batter, the team hitting now has a baserunner on 1st base. Having a runner on base dramatically raises the chances of the batting team scoring.

Additionally, if runners are already on base before the walk happens, the pitcher puts himself in an extremely difficult situation to get out of. If the bases are loaded, and the pitcher walks a batter, the runner on 3rd is allowed to cross home plate, and the batting team scores a run.

An intentional Walk is a decision by the pitching team to walk the batter on purpose. A catcher will stand up and signal his hand away from the batter. The pitcher will then throw four consecutive balls out of reach of the batter.

Intentional Walks can be considered a strategic move by the pitcher. Many different reasons can cause this type of walk to occur. If a hitter is on a hot streak and comes up in a critical situation, a pitcher may want to intentionally walk him to face a guy that isn’t as good.

Another reason a pitcher may choose to do this is when the situation warrants it. If there is a runner on 2nd and 3rd with one out, an intentional walk is possibly your best option in this case. By doing so, you set up a double-play possibility. A double play with one out would end the inning, and you would escape without giving up a run.

Can a Hitter Refuse a Walk in Baseball?

A hitter does not have the option to refuse a walk. If the pitcher decides to intentionally walk a hitter, the hitter has no choice but to accept the walk. Technically, the batter could attempt to swing at these intentional balls, but this wouldn’t be the smartest choice, and he may face the consequences for doing so, his coach. A hitter cannot refuse a walk.

How does the “BB” affect the batter’s statistics?

A Base on Balls (BB) does not have much effect on a batter’s statistics. For that specific game, a separate stat will represent if a batter was walked and, if so, how many of them. These will be listed as “BB’s” in the stat sheet. If a batter’s first at-bat of the game is a walk, that batter is still 0-0 but with a BB.

Does a Walk hurt your batting average?

How many Intentional Walks are allowed per game?

Does a Walk count as an At-Bat?

How many balls until you get a walk?

A walk is administered after four balls are thrown by the pitcher. If the pitcher throws four balls before he throws three strikes, the batter is given a walk and takes 1st base. A ball is called once a pitch is ruled not inside of the strike zone by the umpire.

Can you walk a batter without pitching to him?

Yes, you can walk a batter without pitching to him if a team chooses to do so. If a team doesn’t want to face the current batter, they have the option to intentionally walk the batter. This counts as a walk but is an immediate action instead of 4 balls being thrown. A decision like this is made from the dugout where the coaches are located.

Can a runner steal a base on a walk?

A runner technically cannot steal a base on a walk. If a runner is on 1st and the batter is walked, the runner is not given a stolen base. The runner just advances off a Base on Balls. It is ruled a dead ball once a walk is awarded.

The role of a BB in baseball

“BB” is a slang term that is an abbreviation of Base on Balls. A batter that is thrown four balls in one at-bat is awarded a walk or Base on Balls. A walk does not come into play when considering your batting average. Walks have their own separate stat since they do not count as a hit or as an out. With so many abbreviations in baseball, it may be tough to get a grasp of everything in the game. Hopefully, you now have a better understanding of a BB and the role they play in the game of baseball.